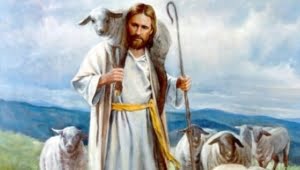 Over half of the Welsh population have had their first dose of the vaccination, which is a remarkable feat in a little over four months. Mass vaccination programmes are not only required for people though and I found myself wondering this week about how well the system would cope if instead of the 3 million people in Wales the government had to organise the vaccination of the over three times more common occupants of Wales – the 10 million sheep.

I do not imagine sheep being quite as compliant – wearing face masks, keeping to one-way systems, moving from chair to chair,  as in the mass vaccination centres or arriving at just the right time at the GP’s surgery. We would need mass recruitment of sheepdogs rather than the army. Indeed, the only way that mass vaccination of all the Welsh sheep could be achieved is through the work of the shepherds, who have dedicated their lives to taking care of their flocks.

In 21st century Wales we do not always see these shepherds when we are out in the countryside. The sheep seem to be wandering free, the only clue to their ownership being the painted markings on their fleece. The major sheep predators in the UK were wiped out a long time ago. Not so in the Middle East in Jesus’ time. The flocks of sheep were in real danger from the presence of hungry carnivores such as wolves, jackals and wild dogs.

Now I do not know about you, but I am not sure how brave I would be if a wolf started coming towards me with the hungry look of a creature determined to make a meal out of whatever I was guarding. I suspect it would depend on what the wolf was after. If it were my packed lunch the wolf could have it with pleasure. If it were a small child or loved one that was in danger, I hope I would be brave enough to fight.

Jesus draws our attention to what it is that makes us brave enough to take such a stand, to risk our own safety. It is the personal love and care that we have for others that enables us to do extraordinary things. Our challenge as followers of Jesus is to learn to care for all of humanity in the same way we do for our nearest and dearest. So that we are willing to take a stand for the safety of others no matter what their background or current status. Because we all belong to the one flock, cared for by the one good shepherd.