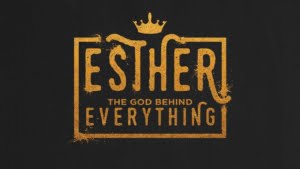 On the second day, as they were drinking wine, the king again said to Esther, ‘What is your petition, Queen Esther? It shall be granted you. And what is your request? Even to the half of my kingdom, it shall be fulfilled.’ Then Queen Esther answered, ‘If I have won your favour, O king, and if it pleases the king, let my life be given me—that is my petition—and the lives of my people—that is my request. Esther 7. 2-3

The story of Esther is an absolutely brilliant compelling narrative in the tradition of books such as the 1001 Arabian Nights. The king in the story, to spite his wife’s disobedience, is advised to take a new queen. A young Jewish woman, Esther, is encouraged to offer herself for this role by her cousin Mordecai. Esther is chosen by the king and crowned as the new queen.

When Mordecai and the Jewish people then become the subjects of persecution by Haman, the king’s chief official, Esther’s position in the royal household becomes extremely important. She is able, through her quick intellect and deferential service to the king, to save her people. As a result of this reprieve from persecution, Mordecai instructs the Jewish people to keep the fourteenth and fifteenth day of the month of Adar as a festival of thanksgiving. They should send gifts of food to one another and give presents to the poor. This festival is still kept in Jewish households as the festival of Purim. The remarkable feature of the book of Esther is that God is not mentioned once and yet the Jewish people then and now recognised that the Lord’s hand was in their deliverance from the evil schemes of Haman.

There are times when we are very good at recognising the Lord’s hand in our lives. Times when we can pinpoint that our prayers have been answered. There are probably more times, however, when we fail to recognise that our Lord has been guiding and protecting us. The Jesuits have a discipline of self-examination called the Examen, originating from St Ignatius of Loyola. Used at the end of the day, it encourages you to think back through the day. Recalling the people, you have met, the places you have been and the things you have done. It asks where God was in these things, making us more aware of the Lord’s actions. Encouraging us deeper into our faith, building up our trust and filling our hearts with thankfulness for the steadfast love of God that we are blessed with at all times.