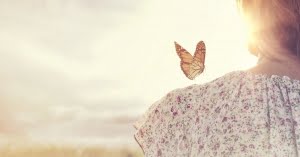 The king of Egypt said to the Hebrew midwives, one of whom was named Shiphrah and the other Puah, ‘When you act as midwives to the Hebrew women, and see them on the birthstool, if it is a boy, kill him; but if it is a girl, she shall live.’ But the midwives feared God; they did not do as the king of Egypt commanded them, but they let the boys live. So, the king of Egypt summoned the midwives and said to them, ‘Why have you done this, and allowed the boys to live?’ The midwives said to Pharaoh, ‘Because the Hebrew women are not like the Egyptian women; for they are vigorous and give birth before the midwife comes to them.’ So, God dealt well with the midwives; and the people multiplied and became very strong. And because the midwives feared God, he gave them families. Exodus 1. 15-21

When we reflect back on the strangeness and loneliness of life over the past few months and watch the increasing numbers of coronavirus infected cases being seen in Europe at the moment it is easy to feel anxious. That the journey towards a more normal life we are currently experiencing might well be halted or indeed regress. As Christians, however, we always have the assurance of hope and the promise of future joy. No more so than in the Bible which contains many stories of people who live through times of great suffering but through their faithful trust in God emerge back into a time of joy.

Take the Hebrew midwives Shiphrah and Puah whose story is told as part of the reading from Exodus set for today. They were exceedingly brave in their support of the women they ministered to. They refused to carry out Pharaoh’s outrageous instructions. And they did that because they knew God and knew that killing God’s precious children in order to save their own lives was wrong. The answer they gave Pharaoh was quite a gambol. Would he see through such as obvious lies or because he did not see the Hebrews as the same of his own people perhaps, he believed the midwives. His own prejudice masking the truth. Still whatever the reality of the midwives’ encounter with Pharaoh the outcome for them was joyful. They were protected by God and they were rewarded with families of their own.

Our own faith may not result in such direct physical protection, but we can be sure that Jesus is walking alongside us at the moment. Alongside us in our worries, anxieties, and frustrations. Alongside us when we venture out to a new activity for the first time in months. Alongside us if we take the brave decision to stay away for health reasons when we would like nothing better than to be in company again. With that closeness Jesus not only brings us protection but also an abundance of joy. Joy in the small things, in the apparently ordinary things in life. Joy as we contemplate the beauty and complexity of God’s creation. The wonderful taste of our favourite foods. The smell and colour of our favourite flowers. The loyalty of our four-legged friends.

All created by God to make the world a wonderful place whether our movements are restricted or not.