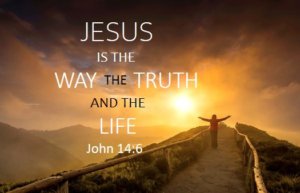 Then he answered them, ‘Do you want me to release for you the King of the Jews?’ For he realised that it was out of jealousy that the chief priests had handed him over. But the chief priests stirred up the crowd to have him release Barabbas for them instead. Pilate spoke to them again, ‘Then what do you wish me to do with the man you call the King of the Jews?’ They shouted back, ‘Crucify him!’ Pilate asked them, ‘Why, what evil has he done?’ But they shouted all the more, ‘Crucify him!’ Mark 15. 9-14

We are all very conscious of the power of words to affect people’s emotions and thoughts. Unfortunately, armed with this knowledge throughout history people have sought to use words to exploit and control people’s thoughts and behaviours. Sometimes the effect is purely for financial gain such as in the advertising industry, but other times words can be used for more sinister reasons. The power such manipulated words have becomes intensified at times of genuine fear.

For an occupied nation in the Roman Empire, which had been witness to the terrible punishments administered to those who challenged the powers that be, the status quo was a safe place to be. It was therefore relatively easy for those who wanted to hang onto power to manipulate the people into calling for the death of a man they had been told was a troublemaker. It only took a few people to start the chant of ‘Crucify him!’ Then the momentum of being part of a crowd took over and more and more people joined in ‘Crucify him!’ When we take part in this chant as the crowd in the dramatised Gospel on Palm Sunday, we feel a sense of guilt because we know that we all have the potential to be manipulated in this way.

The tension and fears of the past year have resulted in a particularly fertile landscape for the propagation of fake news. From the denial of the existence of this particular coronavirus to the presence of microchips in vaccines. From the 5G mast being the cause of Covid-19 to the suggestion of injecting yourself with bleach. Some arguments can seem much more convincing than others. Even when the news has some basis of truth, the way it is presented can cause a disproportionate level of worry, which can affect our daily lives in a way that is not necessary.

Jesus did not try to defend himself against the accusations of the chief priests and the Roman authorities. He knew the truth, that he was indeed the King of the Jews and the King of all creation. Jesus instead remained committed to carrying out his mission, of shouldering all our burdens, all our sins, as he hung on the cross. So, this Holy Week when we reflect on Jesus’ Passion, we can take the opportunity to acknowledge the times when we have let fake news and false rumours led us astray. And we can recommit ourselves to follow the truth that we can only find in Jesus our Lord and Saviour.

Heavenly Father we confess that we are often drawn to follow the crowds. Help us to focus on you alone following your ways of truth and justice for all. May we find healing in your sacrificial death and resurrection, this Holy Week and Easter. Amen