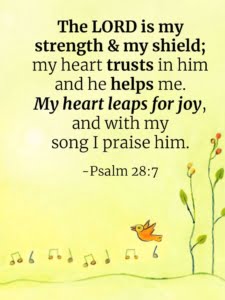 Today the Church in Wales remembers one of the founding saints of North Wales – St Asaph. Asaph lived in the sixth century and was a monk at the monastery established by Kentigern, the first bishop of Glasgow, during his exile from Scotland. Upon his return to Strathclyde Kentigern, also known as Mungo, enthroned Asaph as his successor. Asaph is described as Kentigern’s most diligent and virtuous disciple . Once when Kentigern was frozen to the core after having spent hours reciting psalms whilst immersed in freezing water, he sent the young Asaph to fetch some fire to him, so that he might be warm. Asaph returned with live coals wrapped in his clothing as there was nothing else to carry them in. When he reached Kentigern neither his clothing nor his flesh was harmed. The two then became embroiled into a friendly debate as to which one of them the miracle had been granted, the holiness of the master or the pupil.

Celtic monks were free to choose the name of an Old Testament character and Asaph was the name of Kind David’s cantor. Indeed, twelve of the Psalms are attributed to Asaph, (nos. 50, 73-83). As the monks spent a lot of time chanting the psalms, the name Asaph seems a perfect choice of name. Perhaps it was chosen because St Asaph had a wonderful singing voice, which would be wonderfully appropriate for a bishop in the Land of Song. In the Psalm set for the Feast of St Asaph we read:

The Lord is my strength and my shield;

in him my heart trusts;

so I am helped, and my heart exults,

It is wonderful to imagine Asaph, the chanting bishop, singing his heart out in praise of the Lord, the one in whom our hearts trust.

The Lord is the strength of his people;

he is the saving refuge of his anointed.

O save your people, and bless your heritage;

An appropriate image for a local man, who became the shepherd of his fellow monks and the local people in the newly established diocese of St Asaph.  Even if the diocese was not actually given that name until late Medieval times when the new cathedral was built. It is said that Asaph was chosen as the name of the diocese due to this early bishop’s reputation as an excellent administrator, preacher and pastor.  A shepherd of his flock following in the footsteps of our Lord, the true shepherd.