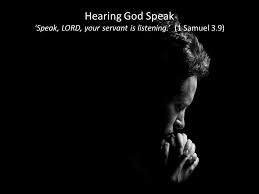 At this week at Morning Prayer we begin reading the story of Samuel, the spiritual giant of Israelites who mentors them as they establish themselves into a nation in the promised land (1 Samuel Chapters 1-3). Samuel’s family life could hardly be described as conventional, the sort of enabling family that ensure success in later life. For a start, his father had two wives – Peninnah, who had children and Hannah, who had none. Hannah prayed and wept and fasted in the hope that she would have a child. She even promised the Lord that if she were granted a child, she would give him back to God. So, when Samuel was born Hannah kept her promise and as soon as the poor child was weaned, she sent him to live with the priest Eli. Hannah, in return, had three more sons and two daughters. She did not forget her firstborn, however, visiting him once a year and giving him new clothes that she had lovingly made herself.

Samuel does not appear to have suffered too badly from this separation from his birth family. He becomes very close to Eli, repaying him for his care by acting as a better son than Eli’s own children Phinehas and Hophni. Eli, in turn, guides Samuel into a deeper relationship with God by encouraging him to listen out for his personal messages from the Lord. Samuel assumed that it was his mentor calling him, but Eli told him to lie down and say – ‘Speak Lord for your servant is listening’. After this first encounter with God Samuel grew in faith and received many messages which helped him guide the people for years to come.

Most of us can probably recall someone who helped us find the Lord in one way or another. They maybe a member of our family or a close friend or they may have been a complete stranger. Maybe it was the person who took us to church as a child, or someone who we heard talking about their faith which made us curious. It might have been a more subtle encounter, our hearts being moved with compassion when we heard the plight of families suffering hardship or the companionship of those around us who made us feel that bit more human when they showed genuine interest in us. Subtle at first but an encounter that nevertheless compelled us to find out more about Jesus and his plans for us personally.

Our own personal Eli may not be the chief priest of a whole nation and we might not all be called to become such a spiritual giant as Samuel, but God is nevertheless trying to speak to each of us. Trying to guide us in our daily lives, encouraging us to use our talents to fulfil our call to help families. Families that may well be just as unconventional and messy as Samuel’s own family. Our response – ‘Speak Lord for your servant is listening’.

With lots of love and prayers