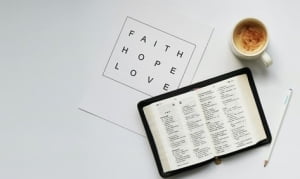 Then Moses went up from the plains of Moab to Mount Nebo, to the top of Pisgah, which is opposite Jericho, and the Lord showed him the whole land: ……… The Lord said to him, ‘This is the land of which I swore to Abraham, to Isaac, and to Jacob, saying, “I will give it to your descendants”; I have let you see it with your eyes, but you shall not cross over there.’ Deuteronomy 34. 1, 4

Today’s reading recounts how Moses finally saw the promised land when he walked up to the top of Mount Nebo. Forty years wandering in the wilderness after the exodus from Egypt ended at this moment. From the top of Mount Nebo, you can still see the promised land; the dry desert, the city of Jericho, the fertile valley of the River Jordan and the barren hills where Jerusalem is nestled. Moses had made it; the people had made it. They had reached their destination, eventually. I do not suppose for one minute they realised when they left Egypt that it would take forty years to get there. Despite being told as a result of their behaviour that they would not reach the promised land until the first generation had passed away. Like most of us they probably thought that was an exaggeration.

For many of us the length of time we were warned this current pandemic would affect our daily lives seemed to be a rather exaggerated worst-case scenario. We must admit, however, they were spot on. The production of a safe effective vaccine cannot be rushed. The more we mix the more cases of infection there are, so a second wave was inevitable.  Despite these apparently backward steps be assured, we will get there in the end. There will come a time when we will be able to move around freely and socialise in person with family, friends and as Mothers’ Union members. It is just going to take a while but not forty years we hope.

Moses remained faithful in his trust that God would eventually lead his people to the promised land. He was rewarded, maybe not in the way he would have most wanted. He did not after all live to enter the land, but he knew that his people would and hence their future was assured. So, we can hold on to the example of faithful service shown by Moses. Our time in the wilderness will end. Some of us may never receive all the rewards of our patience at this time. Like Moses we too can find comfort in the knowledge that our sacrifice will lead to a better future for the generations to come.

With all my love and prayers.