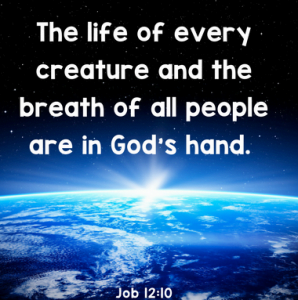 Today the Church in Wales remembers Hilda a remarkable woman who lived in 7th century Northumbria. Hilda is probably best remembered today for her role as host of the Synod of Whitby. An occasion of great significance in the future of the English church, when King Oswy was persuaded to follow the traditions of the Roman faction rather than the Irish faction who had established the local Christian practices in the region. Although Hilda favoured the Irish faction, she remained as Abbess of Whitby helping to ensure justice and equality in the new regime.

Hilda was also a great encourager not just of the intellectuals who would go on to become bishops and priests, but also those of lower status; the most famous being Caedmon, a cowherder.  One night when everyone was enjoying a feast, they decided that all should take it in turns to sing. Caedmon left the feast and fell asleep. He was called to sing in his dream but replied, “I cannot sing, that is why I left the feast.” He was told he must sing. “What shall I sing?” he asked, ‘Sing about the beginning of created things’ was the reply.

In the morning Caedmon was taken to see Hilda and sang for her. As scripture was read to him, he immediately managed to turn it into poetic song. Hilda recognised the grace of God which he had received. She received him into the community and ordered that he should be instructed in the Bible and sacred history but not bogged down in theology and Latin!

Caedmon became the most famous poet of his time. He wrote in English, the first to do so, so that the ordinary people could learn the stories from the Bible in an accessible way.

The only example that survives is:

Now we must honour the guardian of heaven,

the work of the Father of glory,

as he, the eternal Lord, established the beginning of wonders;

He, the holy creator, first made heaven as a roof for mortal people.

Then the guardian of humankind,

the lands for humans, the Lord Almighty ….

As we see in the example of Caedmon, Hilda recognised that each person should be encouraged to develop their own particular gifts.  That there is no one size which fits all, is something to take on board as we carry out our calling to encourage, strengthen and support marriage and family life. Praying for the inspiration of the Holy Spirit as we think of and seek enabling ways to encourage people in their own talents rather than forcing our way of doing things on them.