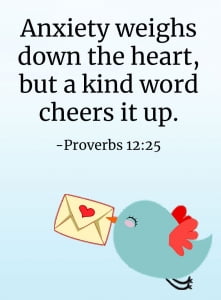 Then the one who had received the one talent also came forward, saying, “Master, I knew that you were a harsh man, reaping where you did not sow, and gathering where you did not scatter seed; so I was afraid, and I went and hid your talent in the ground. Here you have what is yours.” But his master replied, “You wicked and lazy slave! You knew, did you, that I reap where I did not sow, and gather where I did not scatter? Then you ought to have invested my money with the bankers, and on my return, I would have received what was my own with interest. Matthew 25. 24-27

Many people today are living in fear. Fear of catching the virus, fear of spreading the virus to vulnerable loved ones, fear of themselves or family members losing their income.  Fear of intimidation if you ask others to observe social distancing or mask wearing. Fear of being abused because you cannot wear a face mask for medical reasons. And the new fear of any potential of side effects from the recently announced successful vaccine, which is likely to be exploited by the media and conspiracy theorists.

Here is a successful man who calls his slaves and gives them some money to invest before going on a long journey. Two of the three slaves embrace this opportunity to try out their business skills. But the other slave was not confident enough in his own abilities. He began to dwell on the consequences of failure. He became so convinced of his master’s unfairness that his actions bring about exactly what he had predicted. His master punishes him, not for the reason expected, but for his inaction.

This parable is encouraging us to overcome our fears, which lead us to paralysis and find the confidence to use our talents. We may not be able to achieve the big gains that the first two slaves did, doubling their money. It is possible, as the master says, to find just small gains if only we try. Everyone has the ability to do something: an encouraging word, an act of simple hospitality, a smile. Acts which share the love of Jesus in our communities. We can also bring our concerns for those people and ourselves to Jesus through prayer. Such seemingly small acts become multiplied exponentially through the power of our prayer. Allaying our fears. Lifting us out of our paralysis. Allowing us to embrace all the good things that life has to offer.