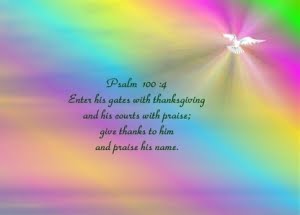 And the dove came back to him in the evening, and there in its beak was a freshly plucked olive leaf; so, Noah knew that the waters had subsided from the earth. Genesis 8. 11

This week the readings at Evening Prayer come from the story of Noah and the great flood. Reading the whole story rather than the usual extracts set for Sundays or the potted versions in children’s story books gives us a much greater sense of the timescale involved.

The recovery period was indeed much longer than it seems to appear with the sending out of the raven and then the dove three times.

The rain may have continued for forty days and forty nights but the residual flood water it produced stayed at the same level for 150 days. Then the Ark came to rest on Mount Ararat, but it took months before the other mountain tops appeared and then another month before Noah sent out the raven. Followed by the dove three times a week apart. Then he waited for another few months before they started to leave the ark. If you add up all the timings in the Genesis account, Noah, his family and all the animals except for these two birds were locked down in the Ark for around 1 year and 18 days.

So, the result of the global damage to the earth of the flood led to an exceptionally long road to recovery. Much longer than the length of time the rains poured down. In fact, you could say, that just as the recovery was starting, the world was experiencing the worst effects of the disaster.

This is just how the world seems at the moment. Not only do we have the constantly increasing number of cases of Covid-19 infections and the record numbers of people in hospital with serious levels of adverse symptoms, but we also have the added worry of confusion about the role out of vaccinations and the achievability of the various target dates published. We are praying for signs of recovery and a renewed optimism about the future, but it does not seem to be happening quickly enough.

What the story of Noah does illustrate for us is that it may be taking longer than we expected for the world to find a way out of this pandemic but eventually the current flood of cases will dry up and we will be able to walk on the dry recovering land outside of our homes. We will be able to celebrate as Noah did with our families (but maybe not becoming quite as affected by alcohol as Noah).  And we will be able to give thanks for a different symbolic meaning of the rainbow, thanks to those who have taken care of us during our time in our individual Arks.