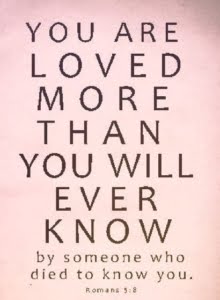 They brought to him a deaf man who had an impediment in his speech; and they begged him to lay his hand on him. He took him aside in private, away from the crowd, and put his fingers into his ears, and he spat and touched his tongue. Then looking up to heaven, he sighed and said to him, ‘Ephphatha’, that is, ‘Be opened.’ And immediately his ears were opened, his tongue was released, and he spoke plainly. Mark 7. 32-36

Recently during a church cleaning morning, a parishioner gave me a tub of multipurpose cleaning paste which she had just discovered. Apparently, she said it cleaned all sorts from baths to saucepans. Such new wonder cleaning products often appear on our televisions where the most incredible shine is achieved without any need for elbow grease. Indeed, sometimes the surface appears to shine even before the cloth touches that area. A bit of failed quality control with the editing, being a more likely explanation than the filming of a modern miracle.

But as Mothers and Grandmothers know there is a substance that has stood the test of time in the cleaning stakes. The use of saliva on a tissue to wipe a dirty face, stem the bleeding on a grazed knee or wipe the congealing mud off a grubby hand. We probably all remember squirming with the embarrassment and general revulsion when our own mothers did it to us and yet at times have found ourselves doing exactly that to the children in our care. When reading this passage, I thought about how much the current pandemic and the wearing of facemasks will have changed the acceptability of using saliva in this way. So, it is probably best not to offer strangers in the street the healing properties of your own saliva.

Jesus uses the intimate personal touch of saliva when he is asked to heal a deaf, speech-impaired man.  Indeed, Jesus crosses modern day personal boundaries when he puts his fingers into the man’s ears and touches his tongue. Details which are so personal they could only have been recorded by a close eyewitness. This is not the exaggerated gossip of the crowd; this is the observations of someone who was moved by the real loving intimacy of the scene. Jesus is connecting physically and spiritually with this man as he heals him with the commands to his tongue and ears to ‘Be opened’. This is therefore not the inappropriate touching of strangers but the caring actions of Jesus towards one whom he loves. A personal love that he has for us all. A desire to make our lives better by sharing with us at the same deeply personal level.